Pickens will arrive having completed a local season where he clicked off a dozen wins. An even six each in his CRC/Stadium Finance Sprintcar and CRC/GVI Midget. Including his 200th career Feature win at The Racecourse Hotel and Motor Lodge Ruapuna Speedway in Christchurch winning the inaugural Bryce Townsend ‘BT Race 4 Mates’ Midget Feature.

The deal coming together through a previous American car owner “I’ve been waiting for about 2 years to be heading back to the States so I’m really looking forward it! I was approached by the team through Joe Dooling whom I have previously driven for.” Pickens Said.

Pickens will race for Shophouse Racing in their Spike Midget Chassis powered by a Stanton SR-11x #17. “I’ve driven the Spike SR11x before and it should be a car capable of winning, I will just have to adjust slightly from what I’m used to.”

The team was formed by Adrian Berryhill a longtime NASCAR, Indycar, Sprint Car and Midget team owner. The teams social media page stating “We are looking forward to having Michael Pickens work with our team as we know he is capable of showing our teams abilities and look forward to hunting W’s with him.”

Their opening race is at Jacksonville Speedway on the 29th July in POWRi National Midget competition. Pickens is no stranger to this track having claimed a POWRi win in 2007 at the venue. The following nights racing is at a second Illinois bullring, Macon Speedway where he won in 2017, again with the POWRi sanctioning body.

Leaving Illinois traveling east its off to the The Dirt Track at Indianapolis Motor Speedway for the USAC The Driven2SaveLives BC39 Powered by NOS Energy Drink 2-Night event on the 3rd and 4th of August. In 2019 Pickens involved in one of the most exciting and wild finishes in the preliminary night Feature. Pickens finishing 13th in the 39-Lap Feature that year and unable to return for the following two events.

Exciting finish to the 2019 prelim night at The Dirt Track @ IMS With Kyle Larson, Justin Grant and Michael Pickens. 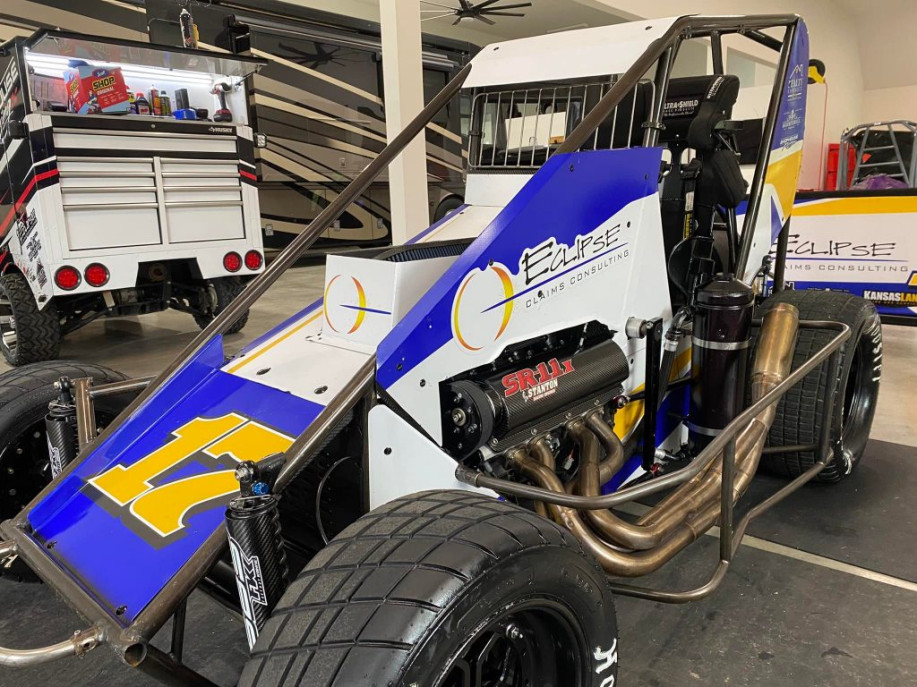